Micro Enterprises and the Gig Economy The shift to the gig economy is here and it’s making waves. This type of economy has been around since the early 21st century, but has only recently become widespread. It has led to a significant change in the way we work. For many people, this shift has been a godsend, as it has offered them greater flexibility and control over their work lives.

Gone are the days when one’s job was their entire life, and in its place is a world where individuals can choose what they want to do and when they want to do it. This shift has also led to a rise in the number of self-employed people, and the emergence of many micro enterprises.

The Effect of the Gig Economy on Micro Enterprises

In the past, people would work for a company their entire life or until retirement age. However, this is no longer the case. Today, many people choose to work for themselves instead of large companies. This trend is evident in the microbusiness industry where entrepreneurs start small businesses that can eventually turn into larger ones.

The rise of the gig-economy has led to a decrease in profits for microbusinesses, though. Many reasons contribute to this decline including the fact that they have fewer employees and lower wages. Additionally, the cost of goods and services has increased over time. These factors make it difficult for microbusinesses to compete with bigger corporations.

The gig economy has come under scrutiny in recent times for the adverse effects it has on small businesses and micro enterprises. These businesses are often the first to feel the pinch when there is a slowdown or crisis in the conventional economy, as they rely more heavily on online platforms to conduct their business. It has given rise to a new form of exploitation, as workers are often denied basic rights and benefits such as minimum wage, paid leave, and health insurance.

Establish clear job descriptions and expectations with your employees.

In a gig economy, it’s essential to have clear job descriptions and expectations with your employees and independent contractors. Not only will this help you keep track of their work and ensure that they are fulfilling their assigned duties, but it will also help you enforce stricter rules and regulations when it comes to working hours, work ethic, and attire. Additionally, it’s essential to keep a record of the work done by each worker so you can properly compensate them for their services. By following these simple steps, you can successfully manage a gig economy workforce without any hitches!

Set up clear job protections and benefits, competitive wages and paid time off.

In a world where the traditional nine-to-five is slowly but surely becoming a thing of the past, many people are finding themselves working in the ‘gig economy’. While this type of work may have its own set of benefits, it can also come with a number of challenges and risks. To ensure that your workers are protected and have the best possible working conditions, set up clear job protections and benefits, such as minimum wage and sick leave, from the start. This way, you can avoid any potential disputes or misunderstandings, and ensure that everyone is playing by the same rules.

In a time when the gig economy is becoming more and more prevalent, it’s important to make sure that your employees are fully paid for their work, no matter what the hours are. This is especially important in cases where employees don’t work a set number of hours per week. By having a system in place that ensures that your employees are paid for their work even when they’re not working full-time, you can avoid any potential disputes or disputes over unpaid wages. Additionally, this will help you to maintain a positive working relationship with your employees, and keep them motivated and excited about their job.

Clarify your team’s responsibilities and account for changes in workloads.

In a gig economy, it’s important to clarify your team’s responsibilities and account for changes in workloads. This way, you can avoid any misunderstandings or conflicts. For example, if someone on your team unexpectedly has to take a break for a family vacation, you will know what their responsibilities are during their absence. And if a new client comes in suddenly, it’s important to understand how you will allocate their workload.

Be transparent and have policies in place that manage unproductive or disruptive behaviors, and make sure punitive actions up through termination are clear.

In a gig economy, there is an increased risk of employee dismissal as companies are often not bound by the same legalities as traditional businesses. This means that firing an employee can be done without much fuss, and without having to go through the usual channels. However, it is important to have a clear and concise policy on how an employee can be terminated in a gig role, as this will help to avoid any misunderstandings or disputes down the line. Additionally, it is also important to make sure that you have a system in place for staff retention, so that you can keep the best possible employees on your team.

In conclusion, companies should take the proper steps to ensure that they are ready to hire. This will save them time and money, while also ensuring that their business operations run as smoothly as possible.

Safeguarding your Micro Enterprise in the gig economy.

At a time when the gig economy is becoming increasingly popular, it is important to take measures to safeguard your micro enterprise. One of the most important steps you can take is to get a liability insurance policy that will cover your business in the event of a workplace accident or injury. Not only will this help protect your business, but it will also help to mitigate any financial losses that may arise due to an incident. In addition, make sure that your business is registered with the relevant authorities and that you have a written employment contract in place with your workers. By taking these simple precautions, you can ensure that your micro enterprise remains safe and sound! 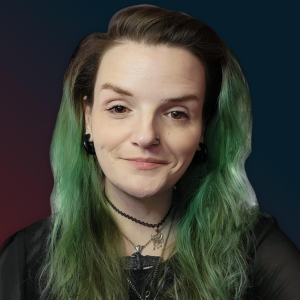